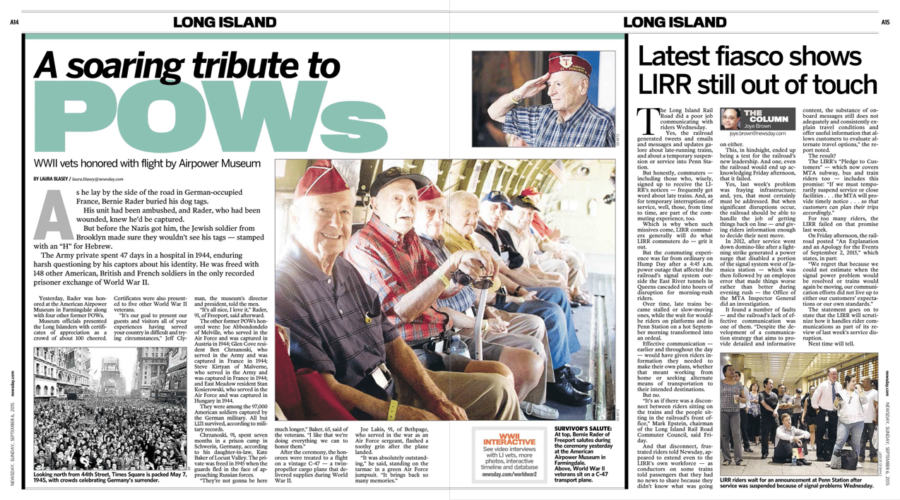 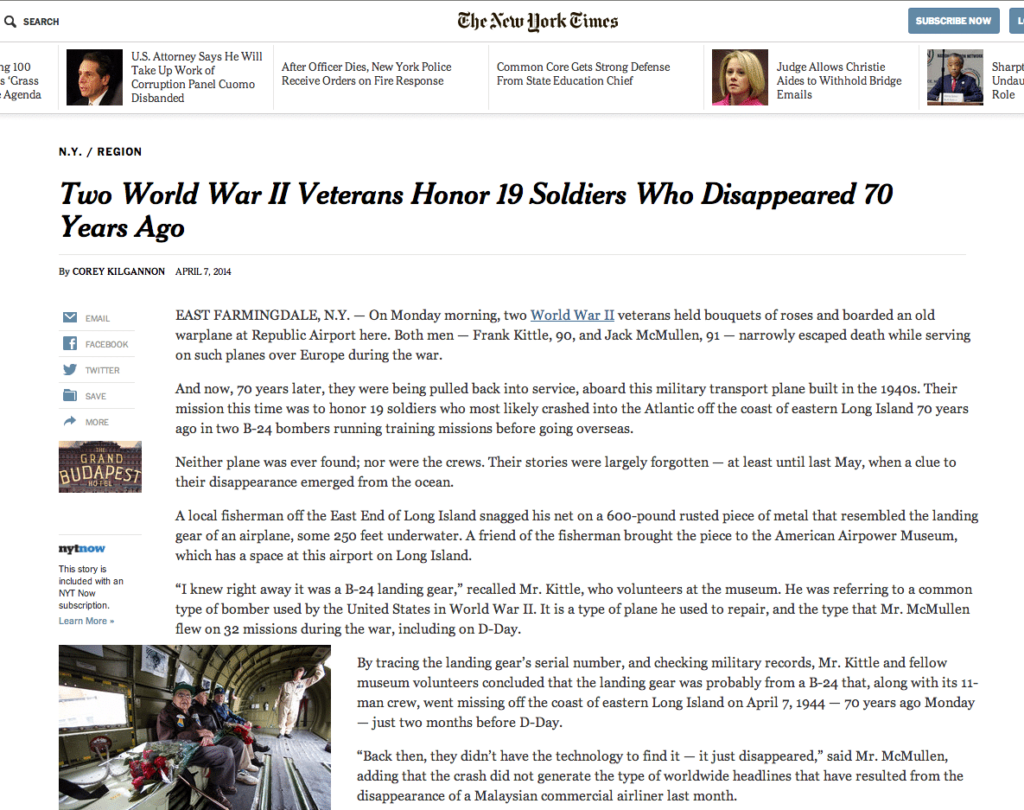 Click the link below to see the great article! http://www.newsday.com/long-island/towns/airpower-museum-receives-a-10-thunderbolt-built-on-the-site-in-1980-1.8619040

A Soaring Tribute to POWs